Washington, DC, May 9, 2013 – Leading public affairs expert and human rights advocate, Lamell McMorris, has been appointed Chairman of the National Diversity Advisory Council (NDAC) of the American Red Cross. The Founder and CEO of Perennial, a Washington, D.C.-based family of businesses, will fulfill a one-year term beginning immediately.

McMorris was recommended by Floyd W. Pitts, Red Cross Senior Vice President and Chief Diversity Office, and approved by the organization’s Board of Governors. “I am excited and humbled by the trust and confidence that Chairman Bonnie McElveen-Hunter and the Board of Governors have placed in me,” stated McMorris.

Based on the principal that diversity and inclusion are achieved by aligning diversity efforts with organizational business objectives, the NDAC advises Red Cross leadership on relevant issues, and assists the organization through critical analysis and recommendations on various diversity initiatives, identification of best practices, and progress assessment reports.

“We are fortunate to have someone of Lamell’s caliber appointed as our new Council Chairperson because he brings to our efforts substantial expertise in working with non-profits and a history of forward thinking,” said Pitts. “Over the years, Lamell has developed deep and sustained relationships with influential leaders and decision makers across a wide range of constituencies.”

Among those leaders is Reverend Al Sharpton, President of National Action Network and host of MSNBC’s PoliticsNation. "The appointment of Lamell McMorris, a proven leader and advocate for social justice, and one of the brightest stars on the horizon in business, is a serious statement that the American Red Cross intends to build a bridge and foundation for the future,” stated Sharpton. “This is a very positive step and will be very well received by my colleagues in the civil and human rights community."

Marc Morial, President of the National Urban League and former mayor of New Orleans, Louisiana, praised the American Red Cross for choosing a leader with a track record of delivering. "I've seen devastation like never before and I've experienced firsthand the challenges of bringing resources to communities hit hard by a natural disaster. In those moments you need friends and leaders in position who can deliver,” he stated.

In this capacity, McMorris has partnered with corporations and interest groups located in areas prone to natural devastation. One of the largest corporate foundations in the state of Alabama, the Alabama Power Foundation, is frequently called upon to support relief efforts and other initiatives focused on stabilizing Alabama communities after a natural disaster. “In most of these cases, there’s no better partner than the American Red Cross,” the foundation’s president, John Hudson, said. “Because of our experiences working with Lamell on local and national community initiatives, we have extreme confidence in his leadership and ability to help strengthen our partnership and the communities in our state."

McMorris's passion to affect change is coalesced with a broad network of collaborators dedicated to the cause of diversity and inclusion including Isabel Rubio, President of the Hispanic Interest Coalition of Alabama, and resident of a region that has been devastated by natural disasters. She has recognized McMorris as one who is not afraid to wrestle with difficult questions and issues and work towards common solutions. Her coalition serves a population that greatly needs access to resources, stating she has a “great sense of comfort to know that Lamell will be working to help the American Red Cross strengthen its work of reaching all communities."

Also endorsing the move is Curley Dossman, Chairman of 100 Black Men of America. He states, "Appointing Lamell McMorris to the helm of the NDAC is an affirmative move in empowering our most vulnerable communities as they embrace the American Red Cross’ life-saving message. Lamell’s very makeup is humanitarian in nature, and I’m confident that his fearless advocacy of the welfare of others will have a significant and lasting impact on the council’s mission.”

McMorris’s diverse professional accomplishments, coupled with his leadership responsibilities in various other nonprofit organizations has prepared him for this role. James Crowell, fellow National Association for the Advancement of Colored People (NAACP) board member, and President of the Biloxi, Mississippi Chapter of the NAACP, is no stranger to the devastation caused by natural disasters. Having worked closely with the American Red Cross to address issues of diversity in communities along the Gulf Coast, Crowell is extremely encouraged by McMorris’s post. “He will work tirelessly to build upon the efforts that have been initiated and will bring enthusiasm and ingenuity to the council and the entire mission of the organization," said Crowell.

McMorris is enthusiastic to advance the foundation established by his predecessors, and looks forward to collaborating with Ms. McElveen-Hunter, American Red Cross President and CEO, Gail McGovern, Floyd Pitts and the Diversity Council, and the countless volunteers who support the organization. He states, “I’d like to think that people want to do the right thing – sometimes they just don’t know exactly how. My task is to serve as a bridge, to help Pitts in his efforts to connect principles of diversity and inclusion to the mission and business objectives of the American Red Cross.”

Lamell McMorris is the founder and CEO of the Washington, DC-based group of companies bearing the Perennial name: Perennial Strategy Group, Perennial Sports and Entertainment, and Perennial Law Group. As a lifelong advocate for those less fortunate than himself, Mr. McMorris serves on the boards of numerous civil rights organizations and volunteers his time with several youth service and mentoring organizations. For his service, charisma, and dedication, Mr. McMorris is frequently honored by advocacy and nonprofit organizations and invited to speak at a wide range of conferences and events. He holds a bachelor’s degree in Religion and Society from Morehouse College, and a Master’s of Divinity in Social Ethics and Public Policy from Princeton Theological Seminary.

ABOUT PERENNIAL SPORTS AND ENTERTAINMENT:

Perennial Sports and Entertainment is a premier, full-service sports agency that represents NFL, NBA and MLB players and personalities. Its team brings a wealth of knowledge and experience to the table. Collectively, its agents have signed multiple 1st round picks and negotiated several multi-million dollar contracts. For more information, visit www.perennialse.com.

LAMELL MCMORRIS AT THE 37TH ANNIVERSARY MARCH ON WASHINGTON

DCPNI HOSTS EQUITY AND ALL THAT JAZZ GALA

GALAS & EVENTS DURING THE 2013 PRESIDENTIAL INAUGURATION

Why Verizon is investing in philanthropy, even during the pandemic 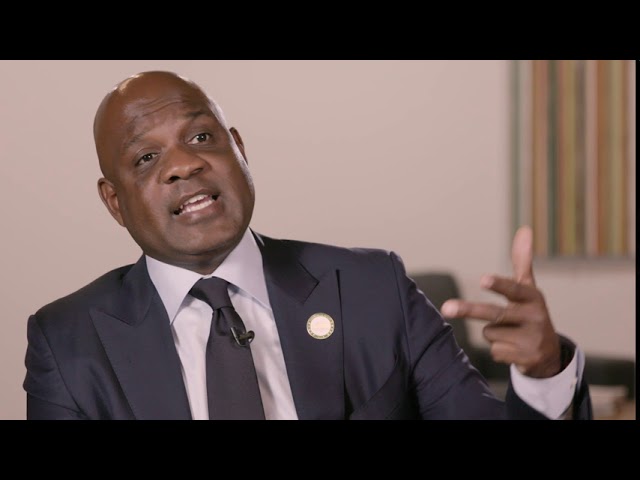